Hello friends!
Here is the second Bible Study of our twenty-two month Walk through the Bible together! Thanks for the great feedback! There are study questions follow at the end of the lesson if you are keen or for group study. Just post comments below or meet online at our Facebook page: http://www.facebook.com/LoveCameDownBibleJourney. So glad you have joined me on this adventure of encountering God in His Word. Tell all your friends! The more, the merrier!
Jenny 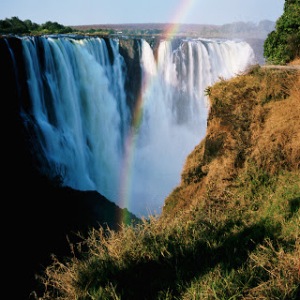 Last summer, my husband and I ducked into a Mediterranean deli in Toronto for hummus and tabouli, a favourite from my university days in Ottawa. Unexpectedly, a heartfelt conversation developed between Paul and the proprietor, a giant kind-faced man who threw down his apron and pulled up a chair to chat. Two minutes later, as he discovered we were organic farmers, his face lit bright and he recounted how he grew up in a farming village in the mountains of Jordan, a place where every resident shared his same last name. Surprised, I asked him how he was known in town apart from his relatives. The robust gentleman just smiled and said, “By my father’s name, of course. That is how all Jordanians are known.”

In Genesis, family lineage is found in Chapter 5, 10 and 11. In the New Testament, Luke and Matthew each trace Christ through His lineage (Matthew 1, Luke 3). According to our Jordanian friend, the king of Jordan is required to recite his lineage back 7000 years at the time of inauguration. Luke one ups that ceremony and recounted Jesus’ lineage back to being a son of Adam and then, a Son of God. Matthew positions Jesus clearly as a son of David and son of Abraham.

Though our world is driven by independence, and family heritage may seem counter cultural, lineage is mentioned throughout the Bible (eg. Nehemiah 12, Zephaniah, Ezra 7, 1 Chronicles 6, Jeremiah 1). In the Bible, “Whose your Daddy?” matters. Family lineage are key identifiers for men and women throughout the Old and New Testament.

Now according to the dates in Genesis 5, Noah was born 1056 years after Adam (see chart). In Noah’s lifetime, Enosh ( d. 1140), Cainan (d. 1235), Mahalel (d. 1290), Jared (d. 1422), Methuselah (d. 1656) and Lamech (d. 1651) were all living. Enosh could have pulled Noah on his knee and told him firsthand accounts of creation from the stories of his grandfather, Adam. Cainan could have told the history of Adam and Eve directly to Noah who was 175 years old when his great, great, great, great grandfather died. These mighty men, from Adam to Methuselah lived for almost a millennium (with the exception of Enoch whom God loved so much, that after 365 years, He swooped him up to eternity).

Consider who was alive in Abraham’s day: Every generation after the flood still lived, including Noah and Shem, when Abraham was born! The Scriptures do not tell us if they made contact with each other but we know they walked the earth together. These days we are blessed if we live to know our grandparents. Our great-grandparents may be alive during our youth, but certainly not during adulthood, since the average lifespan is eighty years. In Abraham’s day, men were living twice that. In Noah’s time, four to nine centuries of life was normative from Adam’s line.

Why did God arrange for all these generations of men to be alive? Could it be that the multi-generations and oral history being told and retold by multiple perspectives brought strength to this tribe of God breathed men? I expect the grace soaked testimonies of the family positioned both Noah and Abraham to believe God for anything and everything. Noah didn’t step into the ark one week before the flood wondering if God was real, if God was powerful, or if God would come through for him. Noah stepped into that redemptive boat with the story of his forefathers ringing in his ears. From that place of grace, he entered a covenant on behalf of us all.

Without a doubt, Noah needed all the strength God could give him. When “the wickedness of man was great in the earth, and that every intent of the thoughts of his heart was only evil continually” (Gen 6:5), here was Noah, “a just man, perfect in his generations..”(6:9). Perfect here, tamiym, is defined as “entire, integrity, truth, without blemish, complete, full, perfect, sincerely, sound, without spot, undefiled, upright and whole” according to Strongs. In a dark defiled world, where man’s only thought was evil, Noah lived “perfect” in his generations because “Noah walked with God” (6:9). Noah knew from the stories of his ancestors that God’s intentions towards us are always for good, not evil. Noah would have recounted to his sons how God separated the darkness from light in those first moments of creation. Yet what did Noah live through before the Flood that seasoned and prepared him to enter this ark of covenant at God’s command?

Suffering, disappointment, loss and intimacy with God marked Noah before the Flood. From Genesis we know Noah lived experienced his entire family dying except his sons before the ark was boarded. Noah or his wife suffered barrenness. They didn’t have children until he was five hundred years old. Noah watched as the earth was slowly destroyed by the wickedness of men while he hewed gopherwood and spent many years building an ark approximately four stories high, a football field wide and three fields long (approximately 45 by 75 by 450 feet approximately). All his resources would have been consumed with this mission though there was not one drop of rain to legitimize his obedience.

Meanwhile, the world turned darker and darker. To put it in context, think about how Syria or Israel and Gaza have been ravaged by violence, oppression, evil intentions and war this decade. This week, France mourns, wrecked by cowardly terrorists who murdered a dozen journalists in the name of religion. Our own nation, Canada, was shocked this fall when terrorists killed innocent peace officers on behalf of ISIS. How did Noah live in a world where not even one person loved God or had kindness for their neighbour?

My world has been scalded by evil, like most humans. When I think about Noah, I ache at the mess he had to live in both before and after the Flood. A few years ago, my family experienced a painful crisis. The grief of loving God and still losing so very much was difficult to navigate. I remember how the horizon seemed to tip as friends eased back, feeling strained by the breadth of the problem, unsure how to help. My family drew near but our defenses were armadillo deep. Alone, we floated like Noah on endless waters full of pain. As we waited for the terrain to appear and the land to dry and life to begin again, I wondered what life would look like. It was a long wait as the boat rocked and the storms raged. Yet I had only my family of seven to consider, not wild animals, birds and creepy crawlies to feed.

When Noah’s world was destroyed by evil and the heavens and earth gushed out water till even the mountains were covered, perhaps like you and I, Noah remembered what God had done in the past for his family. He wasn’t just Noah floating forever in floodwaters. He was Noah, son of Lamech, son of Methuselah, son of Enoch, son of Jared, son of Mahalel, son of Cainan, son of Enosh, son of Seth, son of Adam. From that position of knowing who he was and whose he was, Noah just kept waiting. With massive faith in action, Noah had trusted that what God said, God intended and built the ark. With the same faith, Noah travailed through the transition year on the water and into recovery of a new life on earth with just himself and his family.

Note Noah’s first act of freedom from the lifeboat was to build an altar of worship and offer a lengthy animal sacrifice, “every clean beast and every clean fowl” ( 8:20) unto the Lord who had spared him and his family. Perhaps he used the ark for firewood. Goodness, God was pleased. Once more, as He had commanded Adam, God told Noah and his kids to “be fruitful and multiply and replenish the earth” (9:1). He brought a glorious rainbow across the sky (9:12-17) and made a non-negotiable promise with Noah: No more floods, not ever. I promise.

There is something so sweet and fragrant when worship arises from a place of sorrow and surrender.

In his six hundredth year, Noah understood the faithfulness of God. As he bent down to whisper the tales of the Flood to his grandchildren, swooping up great grandchildren into his arms, I am certain his message remained: God is faithful; You can trust Him. When Noah recounted tales of the lions and tigers and bears in the ark, I bet you could hear his reverent grateful heart, that God had brought him and his generations through. Once past the heartache and the loss, which we see in the drunken tent scene ( 9:20-27) I expect Noah was one righteous preacher, a force to contend with whenever the rainbow graced the sky and Noah could arise to tell the testimony of the Flood once more.

In Hebrews, Noah is heralded as one of the mighty in the hall of faith, “By faith, Noah built a ship in the middle of dry land. He was warned about something he couldn’t see, and acted on what he was told. The result? His family was saved. His act of faith drew a sharp line between the evil of the unbelieving world and the rightness of the believing world. As a result, Noah became intimate with God” ( 11:17 MSG). Noah walked with God in single file yet lived for the multitudes of generations he saved by his obedience. Perhaps we should remember the stories, tell the histories, recount the testimonies of God’s faithfulness. It certainly worked for Noah, for the generations before him and the generations past. We are still telling the story of Noah and the ark as we encourage the children to believe in our great God who saved us all through a builder named Noah.

Let’s Pray: Father God, thank You for sparing the world, for giving Noah the strategy for the ark, for filling his life with the generations. May we learn from Noah the importance of the fathers and sons, the mothers and daughters You have placed in all our lives. Lord Jesus, just as Noah walked in wholeness, as we draw close to You, help us to walk with You each day and celebrate the joy of being Yours. Holy Spirit, show us the areas in our lives where we are less than perfect or broken or deceived and bring us into all truth. May the gift of the generations become a greater reality in all our lives. May our testimony of life in God bring others to wholeness as Your love redeems us all. Amen.

Study Guide:
1. How do you navigate the evil in our world? What is working for you?
2. How do you handle disappointment in loss? Do you stay real or choose denial?
3. How long can you stay on an assignment without encouragement? What do you think kept Noah on task to keep building that ark?
4. Do you live in integrity and wholeness like Noah? Where do you take your struggles?
5. What are you going to do this week to walk with the generations? What is your story to share?

6 thoughts on “Love Came Down to the Generations”