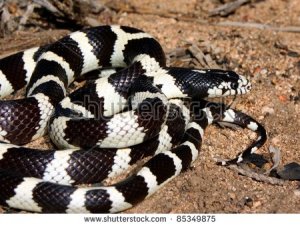 Snakes have been a phobia of mine for most of my life.  When I was little, one of my brothers tried to put a Garter snake down my shirt, and since then, my terror of snakes has been non-negotiable.

Here in Montreal, Canada snakes are rare, for which I shout a great big Amen!  Pantanal, Brazil hosts so many anacondas that its become a snake loving tourist hotspot. I would lose my mind living in such a place.

In my travels,  snakes, or fear of encountering them, cast a jittery shadow over most of my journeys.  I feared snakes when travelling on missions through the jungles of Trinidad, praying fervently not to encounter one. I remember how anxiously I checked under my bed daily for possible coiled up intruders when I preached in the tropics of southern India. In Cuba,  when the hotel staff placed python shaped towel sculptures on the bed,  I generously over-tipped in hopes for any other animal ( like a swan or a duck!),  to adorn my room in the future.  I still remember the staff smirking as I sprinted on the savannah edged sidewalks in Accra, Ghana, eyes darting wide as I dashed across the compound for breakfast each morning, fearing a sudden encounter with a flat-bellied African visitor.

In Florida, I remember when a nature guide casually pointed out a six foot venomous cottonmouth snake a few feet below us, and how my mouth went Sahara-dry. We had naively toured an alligator swamp in Naples on an elevated boardwalk,  our five young kids in tow,  and hadn’t even considered that snakes might be a problem for the toddlers and babies we were toting. We didn’t take a second before we had exited the park, nervously checking the paths in case that cottonmouth had cousins!

Photo by Gary Corken on Unsplash

As a teenager, my snake phobia found me scouring Parks Canada guides for rattlesnake sightings  each time we set up our tents when we crossed the Prairies and Rockies with my parents and sister. My brothers, perhaps miffed that they missed the trip due to summer jobs, had informed me that rattlers’ favourite hideouts were boots and sleeping bags! I remember how each morning, I would shake out my boots,  stomach clenched tight, convinced that dumping out a rattler was better than stepping into one. Fear quenched the beauty of the vistas to my parents’ dismay, who simply wanted me to enjoy their long-planned trip across beautiful Canada.

Since that dreaded chat in the Garden of Eden, snakes have been Enemy No. 1 to many.  I do apologize if you have a long reptile lovingly curled up in a terrarium as your favourite pet but as you may already have noted, I detest slithery creatures.

In Exodus 3, Moses was scooting after sheep on the backside of the Midian desert when he caught sight of an unquenchable burning bush. As he drew near, the former Prince of Egypt encountered the God of his true forefathers. The Hebrew slave-raised-royal was then requested to return to Egypt to bring out over a million Hebrews who were suffering brutal enslavement at the hands of Pharaoh. Moses protested God’s candidacy choice so the Lord told Moses to throw down his rod. The staff immediately turned into a snake and understandably, Moses was out of there, running away barefoot in dismay.

God arrested his flight and commanded Moses to turn and reach out with his hand and pick up the serpent by its tail. With courage, Moses grabbed the snake. Immediately it morphed back into a rod.

Fast forward to the courts of Egypt in Exodus 7.  Moses and his brother, Aaron stood before Pharaoh, the king-god of Egypt. Aaron threw down his rod and it became a massive serpent. Snakes were symbols of royalty, deity, and the divine authority of Pharaoh in ancient Egypt. Quickly, the court occultists brought their own snakes forth from rods.  Aaron’s snake easily consumed theirs, a smackdown, My-God-is- Bigger showdown which Pharaoh ignored, his heart as cold as a cobra before the authority of the Almighty God. Ten plagues later, a broken king, crushed by his stubborn stupidity, admitted defeat and the great exodus of the Jews commenced.

The world was created through Christ and for Christ.  Everything in heaven and earth is subject to the Dominion of Jesus Christ. Nothing on heaven or earth is beyond the reach of His authority. Not snakes. Not man’s carnal choices. Not century old shrines. Not anything.

In America, there is a species of snake, the Kingsnake (pictured above), which eats rattlesnakes, completely immune to their venom.  A constrictor snake, it has twice the force of a python, custom made to take on its own and win.

Our King, Jesus Christ, left heaven and took on the flesh of humanity with one purpose: to fight the serpent’s sting and win for us all. Paul shouts in 1 Cor. 15:55-58, ““O death, where is your victory? O death, where is your sting? The sting of death is sin, and the power of sin is the law. But thanks be to God, who gives us the victory through our Lord Jesus Christ.”

In 2018, I plan on fearing nothing.  Not snakes. Not the future. Not military meltdowns nor economic collapses. Not job losses, sickness or death.  God has this. He doesn’t need me to fear a thing.

In 2018, I am crossing over, from fearing to forging, from running to grabbing life by the tail.  Like Moses, still shaking, I will reach for God’s staff, for His say and His authority in my situation.  If God be for us, who can be against us?  If Christ, the King, abides in me, then I must fear nothing. I encourage you to do the same.

Photo by Sorasak on Unsplash

3 thoughts on “Kings, Snakes and Crossing Over”